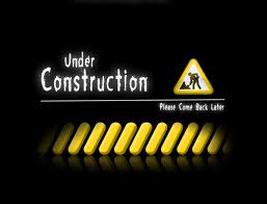 Concealed carriers don’t generally wear armor but plenty of us have likely considered it for home defense and protection. The problem is: how do you know if the “bulletproof” armor you’re getting is actually going to help in the event of an attack?
In this article, we lay out what bulletproof armor is and isn’t. Specifically, we’ll also cover what an NIJ ballistic armor rating actually means.
NIJ means National Institute of Justice. It’s just one office of many in the U.S. Department of Justice (DOJ).
There are five basic levels covered by the National Institute of Justice. They have outlined the testing conditions, protocols, and all other technical specifications that an engineer or designer needs to ensure his armor meets the test. The five basic NIJ ballistic types are as follows:
You will notice that there’s an “A” designator for levels II and III. You will be surprised to learn that what each level is conditioned to withstand is very different than what a manufacturer may advertise.
NIJ Type IIAAn NIJ Type IIA ballistic vest is usually a soft-shell material. It’s rated to stop full metal jacketed (FMJ) 9mm rounds of up to 124 grains with a muzzle velocity of 1,165 feet per second. It’s also rated for 180 grain .40 S&W FMJ with an average muzzle velocity of 1,065 feet per second.
So, would IIA be good against most handgun rounds? It hasn’t been tested. For instance, if your opponent is firing a 9mm FMJ +P+ — also known as an overpressurized round — your armor could fail. It may not. But no manufacturer producing a IIA vest is going to recommend trying it.
NIJ Type IIType II has all the same features as type IIA except it’s been tested against .357 Magnum soft point jacketed (JSP) shells traveling at 1,340 feet per second. It’s a bit more resistant against 9mm FMJ with a slightly higher muzzle velocity as well.
Again, in the Type IIs, we’re mostly contained to protecting against most standard, non-overpressurized handgun rounds.
Both Type IIs are usually available in soft shell vests and protective blankets.
NIJ Type IIIAEver see a Sig Sauer P229 chambered in .357 SIG? You may be asking yourself, “what’s the difference between .357 Magnum and .357 SIG?”
The big answer is NIJ Type IIIA ballistic vests. These vests are rated to protect against a very standard .357 SIG round while Type II is not.
Type IIIA pretty much covers the gamut of most standard handgun rounds. Everything from a .44 Magnum to a 9mm should be good. Overpressurized or armor-piercing rounds will probably go through.
NIJ Type IIIOnce we get to Type III, we’re getting into some small caliber rifle rounds. Rounds like a 7.62 mm round fired from an SKS or AK-47 variant will have been tested against this type of vest. Please consider, though, this vest is rated WITH ballistic inserts. Ballistic plates that are inserted into a vest are tested as a complete system. Thus, if you’re wearing a plate carrier with plate system that is rated at NIJ Type III — it’s only good if the bullet strikes the plate while it’s in the carrier. A direct hit to an unarmored portion of the vest will result in penetration.
NIJ Type IVType IV armor is hardened armor meant to withstand up to .30 caliber armor piercing rounds. Just like Type IIIs, this is meant to be a complete system of flexible armor with ballistic inserts. Type IV is what they issue to most combat arms in the military because this is what they’ll be expected to withstand in the field.
Now that we’ve given you an overview, we encourage you to read through the NIJ’s own specifications to get some more details on how armor rating is determined. Manufacturers can and will be overly creative in advertising their products but at the end of the day, the NIJ rating is what we have to go off of.
Is NIJ rating absolute? No.
It’s possible to have rounds that are overpressurized or engineered specifically to penetrate. These rounds are an unknown variable when facing a normally appropriate NIJ Type.
There is no such thing as bulletproof armor. Anyone trying to sell you bulletproof armor is a liar. There is only ballistic armor with a known rating — but that’s not as easy to sell and nobody wants to buy “bullet resistant armor”. 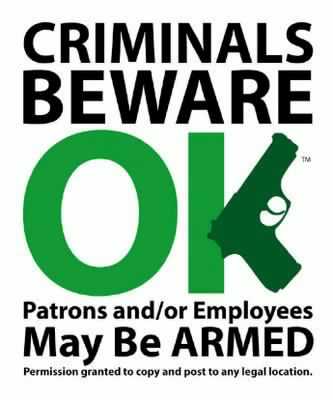 With any purchase from K9-Tactical you are confirming and stating that
you are a legal adult (18 years or older) and for certain items are not a felon
or have a Criminal Record. We do not promote nor condone the selling of body
armor to minors or felons, this is illegal by federal law. If you are a felon or
a minor, you are required to get permission by your employer and local police
department and provide proof of this to purchase body armor. We will assist law
enforcement with any request for information if a law has been violated and
proof is furnished of such a crime.


If for any reason law officials need information to prosecute a person for
owning Body Armor that should not (or any other type of item purchased from us)
we will share this information of that persons purchase in cooperate with these
law officials. The point of the Body Armor and the other items that we sell is
to protect the officers that risk their lives daily to protect us and any other
law abiding citizens. By purchasing any of the items that we sell you are
confirming that you have no intent to use that item(s) in a way that would
conflict with the laws of your state or violate federal laws. We also reserve
the right to refuse sale to any person per our own discretion at any time.


So as long as you are a law abiding and upstanding citizen looking to protect
you or your family you should have no problem meeting these necessary
requirements. The need to own Body Armor should only be for lawful purposes. It
is the responsibility of the purchaser and purchaser “ONLY” to ensure that all
transactions conform to US and local Federal, State and Local Statutes, Codes,
and Ordinances. Residents of Connecticut are prohibited from buying Body Armor
unless the buyer is a police officer, Police Department, or military or if the
purchase if done through a face to face transaction. Please contact us in this
scenario so we can meet face to face for your transaction.


If you are selling any items purchased here you are liable to distribution
laws or any unlawful selling laws. There are specified laws to sell specific
items and it is your responsibility to make sure you are not violating any of
them when doing so. If selling or exporting there are state and/or federal laws
that have to be followed and if broken you are the one liable. You do this at
your own discretion and we are not liable for any consequences of these actions
that you accrue upon yourself per your own actions.


With the purchase of any Body Armor you understand that body armor is not
bullet proof but bullet resistant. NIJ standards and V50 testing are done to
help insure that a bullet will be stopped per a specified level. This does not
mean that it will prevent 100% of bullet penetration or that the impact will not
cause other injuries even if the bullet is stopped. Body Armor is good for
protection but there needs to be an understanding if a bullet strikes you there
is always a risk for injury even if the impact is absorbed by the vest defeating
the bullet before it penetrates a persons body. Some of these injures seen can
happen ranging from severe bruising, broken bones, and possibly serious internal
injury that could result in death. If struck by a bullet even with the vest on
you should see medical attention to insure there are no internal injuries
prevalent at the time of the impact.


When purchasing body armor please read the NIJ information on our site to
know what level would be best if you are not sure. Body Armor is also not stab
resistant unless ordered this way. You may also call us for more information and
other options to make sure you purchase the proper protection level and get
options to give you added protection.


We assume NO Liability for use or misuse of any product sold or donated.
Manufactures Warranty applies on most items and we suggest verifying warranty at
the time of purchase. If you are not aware of what the warranties are please
ask. We do not assume, nor authorize any other person to assume for us any
liability in connection with the sale or use of the goods that are sold. We do
not make any oral agreements or warranties on any items. Notice is hereby given
that any statement made by us during the sale of goods, shall not create any new
warrantees that is not already offered by the manufacture and this will also
include not being seen as an addendum to any manufactures current warrantee.
Goods sold shall be fit for any particular purpose based by the manufacture and
not us. Images, statements, or descriptions are informational only, and not made
or given as a warranty of the goods in any way. Use of descriptions and images
without consent is prohibited. Any other representation, warranty, or liability
related to the condition or use of the goods sold is not liable. We are not
liable to replace or repair any goods that were damaged by misuse or failure to
follow the manufactures guidelines. Our liability is only limited repairing or
replacing goods that are defective per manufacture error and not by improper use
of the goods sold. By use of the goods sold you waive the rights to exchange or
fix the goods described. Please see our Returns and Exchange policy for more
details. Pursuant to the provisions of the California Song-Beverly Consumer
Warranty Act, goods are sold "AS IS". The risk as to the quality and performance
of the product is with the buyer. We are not an insurer, and bear no liability
for any use, misuse, or failure to perform. This liability falls upon the
manufacture and falls within the manufactures warranty where applicable. IS IN
LIEU OF ALL WARRANTIES INCLUDING THE IMPLIED WARRANTIES OF FITNESS AND
MERCHANTABILITY. INCIDENTAL AND/OR CONSEQUENTIAL DAMAGES ARE EXCLUDED. Purchaser
covenants and agrees that the purchaser or his heirs, agents, assigns shall
NEVER bring any action in any court of law. Any dispute arising from the
Purchase and Sale of product(s) sold by K9-Tactical, LLC shall be resolved
by Arbitration under the Rules of the American Arbitration Association. Venue
for any arbitration, or any legal dispute, shall lie only in Town of Salem,
Rockingham County, New Hampshire and in no other Venue or Forum. The Laws of the
State of New Hampshire shall apply to all transactions. If any part of these
Terms are held to be invalid by a court of competent jurisdiction, such shall
not affect the validity of any other part of these Terms. Headings are for
convenience only, and do not limit or affect these Terms.


With any purchase made from K9-Tactical you confirm that you have read
this and meet all requirements. You also are confirming that you understand the
consequences for breaking or not following the items described above.

It's better to be judged by 12 than carried by 6  The objective is to avoid both extremes!
"Molon labe" is an ancient Greek expression for "Come and take them!"